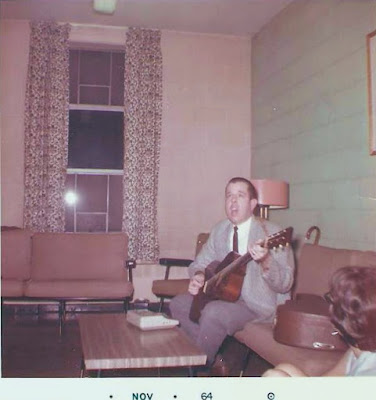 Arthur Johnson amazed me when I was a child in Harlan County.

He tuned the pianos at Loyall High School, sang and played guitar, and worked as a cashier at the Harlan Appalachian Regional Hospital Gift Shop.

Normally, most people would not consider these gifts/skills worthy of amazement. However, you might change your mind if you considered Arthur Johnson was blind.

I don't know a lot about Mr. Johnson, but I know from experience how he tuned the piano in the Choir Room one day during my class. I watched carefully as he moved deftly inside the piano with his tools and adjusted each string, then tested the correct key on the keyboard. How did he know which string was attached to the correct key?

I don't recall him using any device to determine the correct pitch, so I imagine he also had perfect pitch. I'm guessing though and don't know for sure.

As much as his piano tuning impressed me, his job as cashier flabbergasted me.

I spent hours over my early years waiting in the lounge for one of my parents to visit someone upstairs in the patient area. Kids weren't allowed on the floors in those days. So, I sat downstairs and watched Mr. Johnson as customers came up to him and made their purchases.

At least he didn't see me sitting there staring at him for hours.

I never understood how he knew from touch what a person had chosen. Or how much it cost.

Then came the monetary part of the transaction. He knew what denomination each bill was -- just by touching it. Then he made change.

Dad said he never made a mistake. I don't know about that for sure. I do wonder, though, how many naughty boys tried to fool him. I'm sure there are some stories there.

Arthur Johnson's ability to live above his blindness motivated me to not give up just because I don't have all my faculties or the resources to easily become successful. We all need to resolve to overcome roadblocks to fulfilling life's successes. Or our dreams.

If you grew up in Harlan County, did you know Arthur Johnson? Do you have any stories about him? I'd love to hear your memories.

*The photo of Arthur Johnson (above) first appeared on a historical site. I have no idea where it originated. If you know, please tell me in the comments. I'd like to give credit to the photographer.

Email ThisBlogThis!Share to TwitterShare to FacebookShare to Pinterest
Labels: Appalachia, blind, jobs for the blind, people of Appalachia, piano tuning

Appalachian Word of the Week -- APPALACHIA

For anyone from the southern region of APPALACHIA (Kentucky, West Virginia, Tennessee, North Carolina, South Carolina), a major bone of contention is the pronunciation of the word APPALACHIA.

When someone pronounces it, you know immediately whether they are from APPALACHIA -- or somewhere else.

Even though I grew up in the heart of southern APPALACHIA, I rarely heard the word APPALACHIA to describe where I lived until my teen years. We referred to our area in southeastern Kentucky as THE CUMBERLANDS. When I left the area, APPALACHIA and APPALACHIAN were usually paired with words like poverty, hillbillies, illiterate, and ignorant. The people who used those terms generally mispronounced APPALACHIA.

As APPALACHIAN author Sharyn McCrumb stated, your pronunciation of APPALACHIA makes it obvious to anyone from the area whether you are an outsider and whether you can be trusted or not. The pronunciation announces whether you are one of us or one of them (government types who want to control us and take our limited resources or the snobby academic types who consider us inferior merely because we are not like them).

That's why a lot of APPALACHIANS get a bit testy or ticked off when someone mispronounces APPALACHIA.

So what is the proper way to pronounce APPALACHIA? 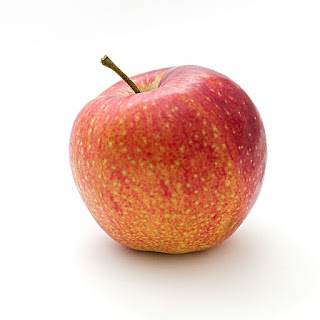 Imagine I pick up an apple and I throw it at you if you say it wrong.

I will throw an APPLE-AT-CHUH.

So there you have it. No excuses for mispronouncing it again. It doesn't matter where you live, your education level, or your vocation. Respect our right to determine the correct pronunciation of our homeland.

Best not even attempt to argue the point with us.

If you are from APPALACHIA, does it irritate you when someone pronounces it incorrectly?

Do YOU pronounce it incorrectly?

Remember, if you desire to be considered a friend, not a foe, pronounce it APPLE-AT-CHUH.

There's only one way to pronounce it correctly.

Do you agree with the pronunciation? If not, where did you grow up?

By the way, how do you pronounce Houston in Texas? How about when you visit Houston Street in New York City?

Email ThisBlogThis!Share to TwitterShare to FacebookShare to Pinterest
Labels: Appalachia, Appalachian Slang, how to pronounce Appalachia

Appalachian Word of the Week -- MASH

There are several definitions of the word MASH. However, today, I'm going to talk about one use of the word I remember from my childhood.

Of course, we've all heard about the kind of MASH when we're cooking -- like MASH taters. Some people even mash turnips. Pretty disgusting when you serve someone mashed turnips without telling them they are turnips and not taters, though. I remember the first time I bit into a big bite of mashed turnips. I thought the potatoes had either gone bad or they'd been poisoned.

Many of us are also familiar with corn MASH -- used in the making of white lightning or moonshine. Needless to say, I have no first-hand knowledge of that process.

The kind of MASH I'm referring to is when you take your finger and MASH something.


Basically, any time we used our finger to activate something with a button we would MASH the button. Some examples are ringing the doorbell (if you were citified enough to have one), selecting a pop in the Coke machine, or choosing a snack in the vending machine.


There are so many things to MASH today. But, the term MASH is not heard as often. I guess we have so many options in technology that we've re-learned the lingo. We push, tap, click, or press nearly every gadget we possess.

I suppose we can still MASH a bug, though.


Did you or your family use the word MASH? What word do you use today?